Launch of the MCCI

In commemoration of 20 years since the inception of the Markfield Institute, the MCCI was officially launched
MCCI Admin
October 29, 2022
View PDF 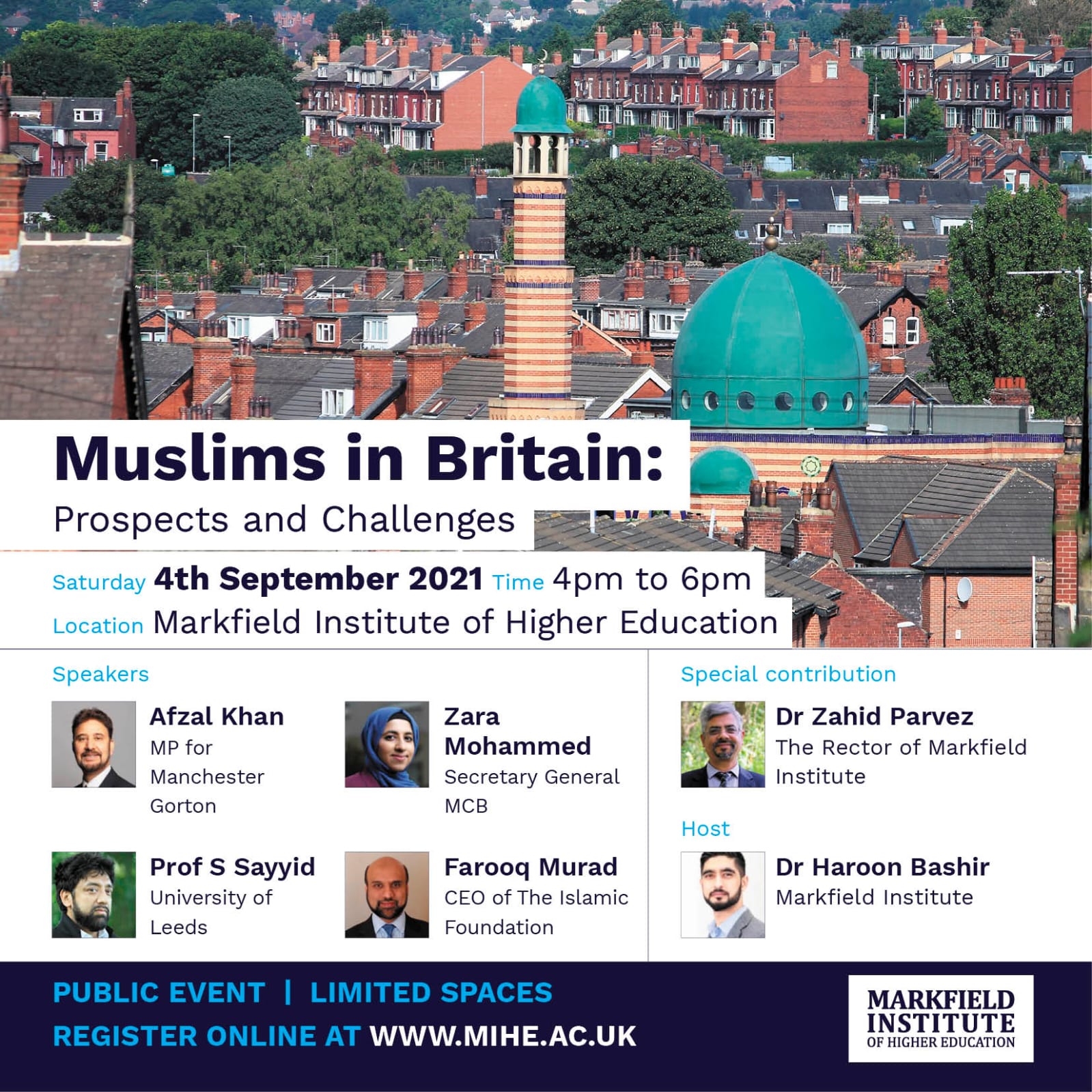 A celebration of Markfield Institute’s twenty-year contribution to British higher education saw the rector, Dr Zahid Parvez, and chair, Dr Manazir Ahsan, welcome guests from across the UK to join an afternoon of presentations and discussion to commemorate this special occasion and recognise the Institute’s continued success as a pioneering Islamic academic educator. Over 1500 students have graduated from Markfield Institute’s comprehensive range of Bachelor, Masters and Doctoral degree programmes since its inception in 2000, which have been led by internationally renowned Muslim scholars and intellectuals.

While a common theme linked all of the speakers’ contributions during the afternoon, namely, the prospects and challenges facing Muslims in Britain what emerged was their common concern regarding the dire predicaments facing many Muslim communities across the world and the perturbing correlations between events at home and abroad – here attention was drawn to the plight of the Uyghurs, the Rohingya, the Palestinians and Yemenis amongst others, who are subject to different forms of tyranny and genocide. Common threads and global linkages inculcating a predilection towards institutionalised Islamophobia were considered deeply embedded within British and western cultures.

It is now also twenty years since 9/11 when Muslims were projected onto the spotlight of world attention and became defined as a problematized security issue, increasingly subject to surveillance, policing and oppressive policies and legislation. Challenging manifestations of injustice requires action from humanity in general, it was noted. Just as we would not wish to be forgotten in times of distress, so must we remember others whose lives and wellbeing is paramount.

Zara Mohammed emphasised the importance of actively listening to the concerns raised by all sectors of Muslim communities and acknowledged that difference within schools of thought and interpretations of Islam was healthy. She suggested that Muslims should seek to unite around common beliefs and shared concerns and converge around mutual points of interest. Professor Salman Sayyid contended that Muslims in Britain must broaden their understanding of Islam, which was currently too narrow and contrived - and unable to speak to the contemporary environments facing today’s Muslims, who must be prepared to adapt and extend their mind-sets. For horizons to enlarge, the historical legacy of Andalusia can be examined along with more expansive conceptions of Islam offered in other regions of the world, such as Bosnia, from which contemporary Muslims in Britain can observe alternative manifestations of faith in action.

Mohammed Afzal Khan noted that it was a Muslim organisation that facilitated the visit of Malcolm X to Britain during the mid-1960s and mentioned the work of civil rights organisations in highlighting racism in its myriad of guises. He emphasised the importance of increased Muslim engagement in all spheres of social, civil and political life in Britain, if society is to become more equitable and representative of its diverse citizenry and benefit more widely from the important contributions that many Muslims in the UK currently offer.

Dr Haroon Bashir rounded off the special occasion with the launch of the Markfield Centre for Contemporary Islam. Dr Haroon discussed that the objectives of the specialist centre were part of MIHE’s strategic objectives, and the centre focus on contemporary Islamic thought; Interfaith Relations and Islamophobia Studies – 3 of the recurring themes that were raised within the public event. Questions and comments were raised by guests in the audience who reiterated that despite the numerous challenges facing Muslims in Britain with the help and guidance of Allah, subhanahu wa ta’ala, hope for a constructive future and improved outcomes remains distinctly possible In Sha Allah.